Guest speaker, Katy Tisch, Creative Director of Global Retail at Nike, recently visited the Art Enrichment Class in grades 6-8 to talk about her life experience and share words of wisdom on how a career path in the arts can develop. A friend of Evy’s from college, she shared her experiences from dabbling in drawing and art growing up, working at fisheries in Alaska, studying French literature while living in Europe, and proofreading the phone book (back when we used phone books), leading up to her very successful career working her way up in design at Nike.

Katy talked about her discovery when she started design school at CCA in San Francisco (then it was called CCAC, California College of Arts and Crafts) that design people “were her people” and how that and her love of running coalesced into an entry-level job at Nike. She discussed the politics of working as a woman in a male-dominated company and how she gained the confidence to be herself and focus on making good work. More than anything, she emphasized the importance of passion and being able to get lost in the process and truly love what you’re doing as the basis of finding success in a career.

Below are excerpts from her visit:

“I don’t think I ever really thought I was talented, I always thought it’s just something I really like to do, so I wasn’t a really confident kid. In my family when I grew up - it might be different from yours - women didn’t really work, and my mother didn’t work, and my father didn’t expect me to work, so there wasn’t really a conversation about what are you going to do to make money, it was more ‘oh - she likes to draw.’ There wasn’t a lot of attention put to, what can you do with that, what can you do with that passion.

When I was in high school, I didn’t have the easiest upbringing, I went to a new school every year and sometimes I felt like I didn’t fit in. One of the things I started to do was run. I first started running around our driveway, and I drove the car around, and I figured out it was a 10th of a mile, so I’d run it 10 times to run a mile, and we didn’t have Nikes or anything like that back then, we just had Converse. I really liked it, and it made me feel better. So when Evy met me, I was a runner.

I dabbled in art, and then when I went to college with Evy, I was starting to think, OK, what can I do, and funny enough I thought I would become a teacher. When we were growing up, you didn’t get exposed to any other professions other than doctors, teachers, the person who cleans your teeth, and a nurse. They never had career days or anybody come to talk to you about what you might do when you grow up, how to earn money. Then I went to college, and I didn’t really think art was a thing you could do unless you were Picasso. So, I got a French Lit degree. I wasn’t a super great student. I have to say I barely passed. We had to do an oral exam and a written exam, and I could read and write really well, but the teachers almost had to cheat to get me to graduate.

I realized I had to work and earn a living and get a career going, so I decided to go to design school. And I didn’t really even know what design was, I just knew it was art that you do in an office. I went to CCA, it was called CCAC, California College of Arts and Crafts. When I went there, it was like I’d finally met my people. I met people that thought like I did. When I was there, Nike called, and companies will call all the graduates of a school when they’re recruiting, and so Nike called me, and I thought, OMG, it’s design and running. Wow, I can really get behind sports and running. And I moved to Portland, and I never looked back.

I started as a Designer 1, the very bottom there, and I just kept focusing on the work and loving the work. I started in graphic design - which is kind of what you’re doing here, which is 2-dimensional work - there were no computers then - there was no web - so we were making books and printed materials and catalogs. And then as the web started up, I started working in that, and I started doing buildings and exhibits and things like that. After about 8 years there, I got the opportunity to start a company with some people, and I was in charge of everything visual. So I did that for a couple years, but when I was there, I missed Nike because I missed the global reach of Nike, how big it was, and how big the projects were, and a small budget at Nike was a gigantic budget at other companies, so you get to do a lot of really big projects. So I went back there. I’ve been in product design, footwear apparel, equipment, I’ve done retail, all the t-shirts, you know 2000 t-shirts a year, and I lead really large teams of people. And one of my big passions is creating an atmosphere where everyone can do their best work and encourage people become their best selves at work.”

Q: How did you get past the frustration of not being a part of the male dominated environment?

A: I have been frustrated. One of the things when I went back to Nike is I made some rules for myself. I would never apologize for what I thought. Because when I was younger, I would - and I think this was training from being raised by people who didn’t work - I would always say, well I don’t really know what I’m talking about, but this is my opinion. I would hurt myself, so it wouldn’t hurt if someone else disagreed with me. You know what, I’m not going to do that anymore, I’m just going to say what I think. And that was really good because it pushed me forward. I also thought, nobody can tell what you feel on the inside, so if you don’t feel confident, don’t talk about it, just fake it until you make it. The other thing was is that I would always ask for what I wanted.

At work I have this thing that goes through my head - you know and you may not be able to relate to this yet, but I think - I’m not dating you - so I work with a lot of men who might want me to be nice and cute - and I think - I’m not dating - this is what I think - take it or leave it. So I check myself when I start to feel insecure, oooh, do they not like me? How do I make them like me? You know what? You don’t have to like me. When I take jobs,  I go to work, and I try to be respectful and kind to people, but people opt out of you, not everyone is going to like you. And I’ve gotten much better at taking it and being confident in myself and being confident that I have the best intentions. I never try to hurt anybody, and I’m always focused on trying to get the best work done and giving my designers the best experience.

Q: How do you feel some of the jobs that led you to your final career path informed your experience, like you mentioned you worked on fishing boats in Alaska or editing the phone book, how do you feel those things contributed to your overall character or your experience later in life?

A: I don’t know if I’m compulsive - I’m not fearful. I’ve sometimes have regretted things that I’ve bound into - but I don’t think there are really any mistakes. You either find out what you want to do or you find out what you don’t want to do. And sometimes finding out what you don’t want to do is just as valuable as finding out what you do want to do. I think there’s a lot of value to be had in having a job that you really hate. That’s what got me to take the bold move of going to design school because I really didn’t like proofreading the phone book. And, so it made me stop and think about the life that I wanted, and it gave me energy to pursue that. I was running from that and trying to run into something that would give me energy every day. I don’t think there are any mistakes, I think you just need to pay attention and never feel stuck, always feel like you have options and use the thing you love to catapult you toward more of it or use the thing you hate to catapult you toward something you love. I’ve had jobs at Nike that I didn’t like, and I - one job I had I eliminated while I was in it. I took all the work and gave it to other people, and I told my boss, I don’t have anything to do now, so can I do that… So, I’ve done things like that to keep moving.

Q: What’s your favorite sneaker that Nike’s ever made?

Q: What do you want to do after Nike?

A: I dabble around in art a lot now, I don’t have a lot of time, but on the weekends, I try to play with new processes and materials, and I try to get good at little things. Like when I went to design school, all the things I was a little bit good at kind of went into a little pile. I do a lot of little small projects because I want to illustrate children’s books. I don’t know that I’m going to write them, but my daughter has had a lot of emotional issues - she’s 20 now - so, I’d like to write books that help kids understand their emotions and how to manage their emotions, when they’re having something that they’re overwhelmed by. I want to write books where kids feel like they’re OK even if they don’t feel normal. So, that’s what I want to do once I’m out of “Nike school.” I was looking at the bird prints you’ve been doing. I’ve been trying to figure out printmaking. 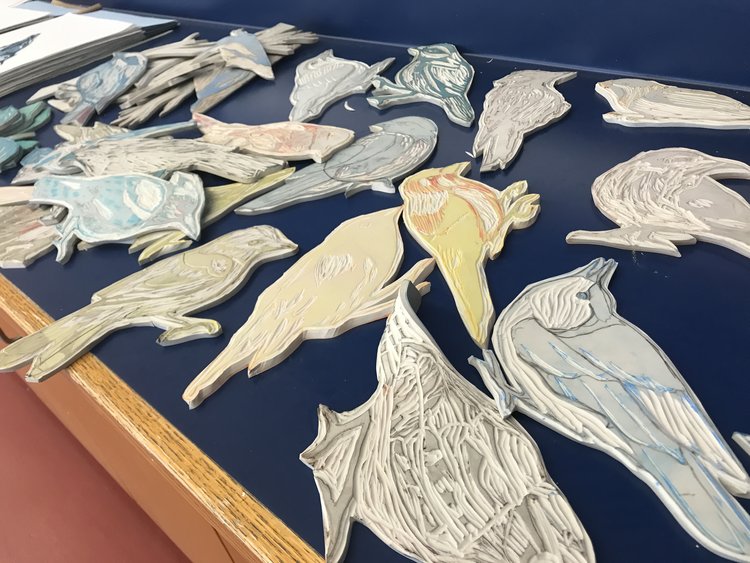 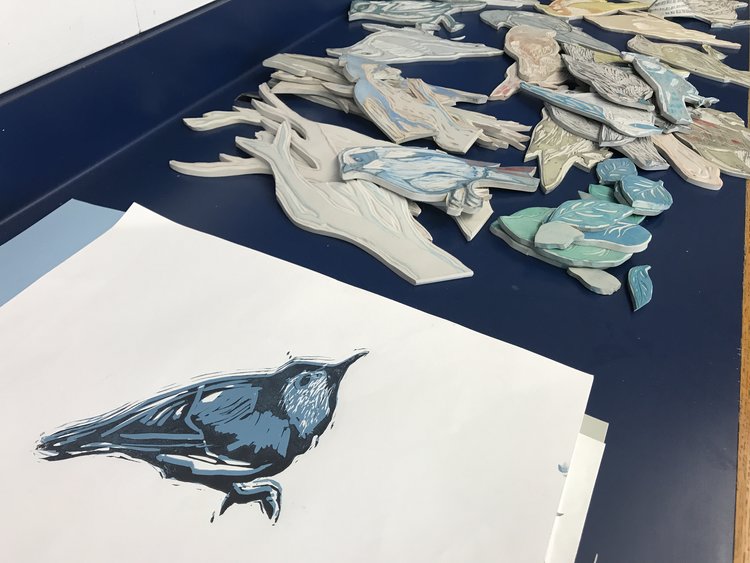 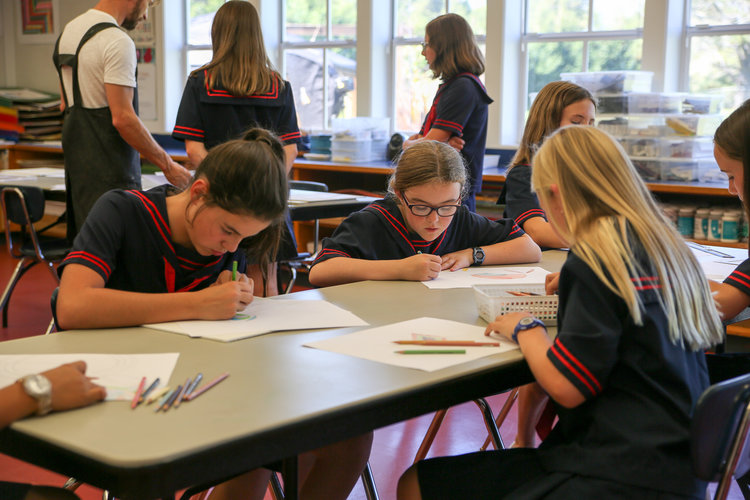